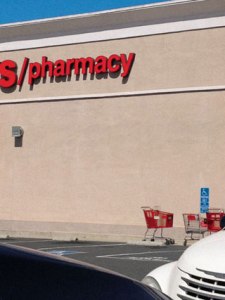 RYAN DONNELLY HAD IT DOWN COLD. THREE years ago he was a 25-year-old Navy vet who had been booted from the service for a failed drug test, cycled through cocaine to alcohol, and finally landed on a 560-milligram-a-day oxycodone addiction. To maintain his habit, Donnelly stole prescription pads. When those ran out, he dipped legitimate scrips in nail polish remover to strip away the physicians’ scribblings. He then took his forgeries to more than 20 pharmacies in and around his hometown of Toms River, New Jersey.

Today when the clean and sober Donnelly looks back on those years, he knows there were obvious signs of his addiction that anyone, especially an experienced pharmacist, could have picked up on.

“When you’re withdrawing, your upper lip and your forehead sweat; you look like you have the flu,” says Donnelly, who now runs FreeFromHell.com, a social support website for recovering addicts. He says sometimes he’d even put on a suit in an effort to look normal. “You try to pull it together, but you end up looking like a hoodlum.”

If the red flags were there for all behind the counter to see, why didn’t anyone turn Donnelly away—or better yet, turn him in? Fortunately, a family intervention finally pushed the pillhead to rehab before he could hurt himself or anyone else.

Things ended more tragically in the case of David Laffer. In June 2011, Laffer walked into a Long Island pharmacy and shot the pharmacist, a 17-year-old employee, and two customers while stealing hydrocodone, a semisynthetic opioid derived from codeine. In the 12 days before the killings, he had filled six prescriptions from five different doctors for a total of more than 400 pills, according to one Long Island newspaper.

“We sometimes lose sight of the fact that pharmacists are trained to spot drug-seeking behavior,” says Luis Bauza, director of investigations at RxPatrol, an alliance formed between local law enforcement and the drug company Purdue Pharma, which makes OxyContin, to track pharmacy fraud and thefts across the country. “I see pharmacists as our last line of defense.”

Read the rest at menshealth.com

DONALD HAMON HAD WORKED CONSTRUCTION all his life. Every weekday for about 45 years, he would wake up, grab his tool belt, and drive to a work site where he’d labor and sweat beneath the sun until it set. Then he’d return to his home in rural West Harrison, Indiana, to enjoy his children and eventually his grand­children. It was on one of those evenings, in early 2005, while Hamon was wrestling around with his grandson on the living­-room floor, that the 9­-year­-old made a discovery.

“Grandpa,” said the boy, “you have a spot behind your ear.”

Sure enough, as Hamon ran his finger behind his right ear, he could feel the tiny raw patch of skin. It was hidden, so he couldn’t see it in the mirror. Nor could he remember ever feeling any pain. His wife confirmed the spot, no bigger than a punch hole, and told him he should have it looked at. So the 63-­year-­old Hamon did what many men do: He cleaned the wound, let it scab over, and promptly tried to forget about it.

Except the patch never healed. The scabs kept coming off, usually as Hamon slept. Almost a year went by. The spot grew to nearly the size of a nickel. Hamon couldn’t wait any longer. He picked up the phone and called a dermatologist in Aurora, Indiana, about 17 miles south of his home.

The doctor booked him for an appointment the following week, and it was then that Hamon learned the patch was cancerous—an aggressive form of squamous-­cell carcinoma that had spread to his parotids, the body’s largest salivary glands. A team of doctors first removed almost a quarter of his right ear in an emergency surgery to head off the cancer. Later they took out his parotids, along with lymph nodes. Then began the radiation therapy. After 32 grueling treatments, Hamon was finally pronounced cancer-free.

That should have been the end of the night­mare. But then, in May of 2010 as Hamon was mowing the lawn, a tree branch clipped his right ear. It started to ooze blood and never stopped. Having learned from his potentially fatal mistake 5 years earlier, Hamon phoned his dermatologist in Aurora and was told the doctor would be able to see him—in 4 to 6 months.

Four to 6 months? No, no. This was Donald  Hamon, Ham-on, he told them. A former patient with a history of cancer in this very ear.

This was an emergency.

Sorry, they said. The doctor’s appointment book was packed.

He called another dermatologist in the same building.

He called a couple of specialists at the Western Hills campus of UC Health Dermatology, 19 miles away.

Booked solid into next year.

Hamon went to his family practitioner, but all the doctor could do with his limited dermatological training was assist in trying to find a time, a cancellation, anything with an area dermatologist. Days became weeks that stacked into months without an opening. Hamon’s physical state didn’t improve. His mental state worsened. All he could envision was a tumor barnacled to his skull. He began to prepare himself for the idea that he might not be around much longer, that he was going to die in the distant, solitary waiting room his life had become.

HAMON WAS LUCKY HE DIDN’T FACE A similar wait back in 2006. That same year, two researchers at the University of California at San Francisco’s school of medicine decided to conduct an experiment. Posing  as worried patients, they phoned 851 dermatologists across the country for an appointment to have a suspicious “changing mole” checked out. The average wait time: 38 days. In some cities, like Boston, the wait was as long as 73 days. That would have provided a 10­-week head start for what could have been aggressive cancer. 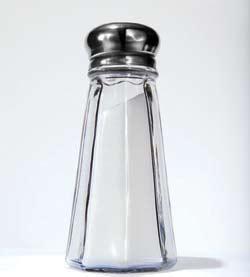 WHEN AN EARTHQUAKE HIT JAPAN BACK IN March, tremors triggered seismographs more than 6,000 miles away in Texas. But what the quake really rattled on this side of the globe were the nerves of Americans: Once the news came out that the Fukushima Daiichi nuclear reactors had been damaged, people in the States began worrying that a killer plume of radiation might waft across the Pacific.

Within days, poison-control centers and state health departments as far east as Pennsylvania were fielding calls from people wondering about protection from an oncoming cancer cloud—specifically, questions about potassium iodide, a form of stable iodine that can guard a person’s thyroid gland against harmful radioactive iodine. The same pills that the U.S. government had issued to its employees in Japan were soon being hoarded by a public suddenly obsessed with iodine.

Of course, a nuclear storm never did sweep across the country. Somewhere between Fukushima and Fresno the danger dissipated, and gradually, so did our obsession with iodine.

But beyond this happy ending, another danger lurks. The risk of radiation may have vanished, but a national health threat remains. And we still need iodine to save the day.

LOCATED IN THE FRONT OF YOUR NECK, JUST below your Adam’s apple, the thyroid gland is often described as the thermostat of the human endocrine system. It regulates your body’s use of energy, and creates and stores hormones that control everything from your metabolism to your growth rate. The essential chemical for all these functions is iodine. Without enough of this element pumping through your thyroid, you may begin to experience fatigue, depression, lethargy, cloudy thinking, and weight gain. Left untreated, an iodine deficiency may potentially cause thyroid cancer and, some doctors theorize, even heart disease.

Fatigue? Lethargy? Cloudy thinking? Right: This pretty much describes the symptoms of every man in America on any given workday. But what if what you’ve come to consider just a case of the Mondays is actually an out-of-whack thermostat? And what if the belly fat that so many men can’t seem to shed exists at least in part because of a metabolic malfunction?

Read the rest at Men’s Health