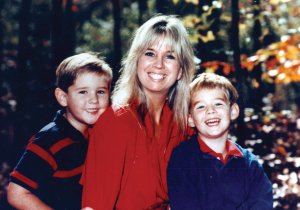 Mike Tokars was four years old on November 29, 1992. Yet he remembers the events of that night clearly, and he recounts them with an almost unsettling calm.

He recalls waking up in the back of his mother’s 4Runner, which was in the garage of the family’s East Cobb home. A strange man emerged from the house with a sawed-off shotgun. The stranger kicked the family’s Springer Spaniel, Jake; jumped into the backseat beside Mike; and ordered Mike’s mother, Sara Tokars, to drive to a vacant residential development about a half mile away, where she pulled over. Then a gunshot. The stranger fled. From the passenger seat, Mike’s six-year-old brother, Rick, leaned over and turned off the ignition. Seeing their mother slumped over the steering wheel, Rick told Mike they had to go for help. But Mike sensed she was dead. The two boys ran about a hundred yards through the dark, through bushes with thorns that cut them, their blood mixing with that of their mother. The next morning, over a breakfast of their uncle’s waffles, the two boys kept saying: If only Dad had been there with his gun.

The brothers moved in with their maternal grandparents in coastal Bradenton, Florida. Their father, Fred Tokars—a high-profile Atlanta criminal defense attorney—would call and occasionally visit. He phoned on Mike’s sixth birthday, but when Mike tried to pass the phone to his brother, Rick refused. They both knew their father had been arrested, but Rick knew the implications. Back in Atlanta, Fred Tokars was charged with hiring the stranger, Curtis Rower, to kill Sara in an attempt to cover up his secret life of drug trafficking and money laundering. Mike never spoke to his father again. “At that point, he was no longer a good guy in my eyes,” says Mike.

Fred Tokars’s 1997 trial and conviction was broadcast nationally on Court TV. Mike did not attend. Family and friends shielded the boys, but “sometimes it would come up,” says Mike. “And when it didn’t, I knew that they knew.” Eventually public memory of the tragedy faded. “As we got older, we had more control over who knew,” says Mike. “I was always open about it with my close friends. I wanted to explain—talking about my parents made me feel like a normal person.” Mike says that wasn’t the case with his brother, who was much more guarded. “I can’t remember a single instance of us talking about it,” says Mike. “We didn’t need to.” On the 10th anniversary of their mother’s murder, Mike tried to broach the topic; Rick cut him off, and the two went surfing.

Rick went to college in San Diego and is now an avid surfer and traveler. Mike stayed closer to home, attending Tallahassee Community College and then the University of South Florida, where he majored in history and English literature. But he devoted more time and energy to touring the South by van and playing guitar in punk rock and ska bands. Reading “The Rum Diary” by Hunter S. Thompson inspired him to become a reporter and writer, so he moved to New York, where he interned and freelanced. On a whim, he applied to the Master of Journalism program at Columbia University and was shocked to be accepted. He plans to graduate this spring.

Reporters occasionally contact Mike about his parents; from inside prison his father has become a prolific prosecution witness, having helped solve six murders. Mike says his experience gives him insight into and empathy for the people he writes about who have suffered loss. More than anything, facing evil at such an early age has shaped the way he has approached his own life. “I don’t take anything for granted, don’t expect to be comfortable or safe,” he says. That’s not necessarily negative, he explains, using a surfing analogy: “When you’re in the water, you always worry that there’s a shark. But there’s a calmness when you actually spot a fin—you know the evil is there.”

Published in the March 2015 issue of Atlanta