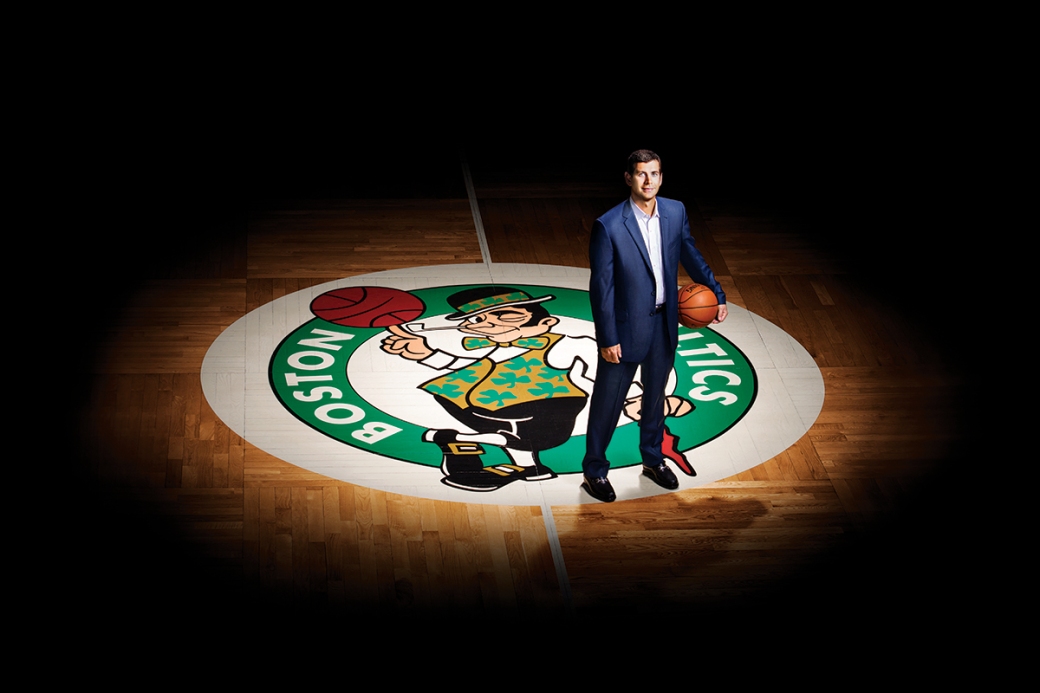 It’s Saturday night in Las Vegas, and the NBA Summer League is in full tilt. There’s none of the pomp of the regular season—that’s the appeal of this brief showcase—but the Thomas & Mack Center, on the UNLV campus, is still packed with well-known faces. Hall of Famer Dominique Wilkins is standing at the entrance. Former All-Star and current Milwaukee coach Jason Kidd patrols the baseline. Mavericks owner Mark Cuban is courtside.

The pavilion’s setup is so intimate—it’s essentially a high school gym decked out with a pair of HD video boards—that the only thing separating the coaches and scouts from the fanboys and autograph hounds is a thin line of police tape, cordoning off a small section of reserved seats.

Summer League is a chance for NBA teams to evaluate young talent, and on the court tonight are the Celtics’ rookies, second-year hopefuls, and undrafted free agents. There’s just one twist: This ragtag group of inexperienced unknowns might as well be Boston’s 2015–2016 opening-night roster. Three years removed from the Big Three era—Ray Allen departed in 2012, Kevin Garnett and Paul Pierce in 2013, Rajon Rondo last year—the Celtics have the fewest marquee players of any major Boston sports franchise. None, in fact. Instead, the most recognizable Celtics brand name is, on this Saturday night, sitting in the lightly policed VIP section with his son. Four rows up, seated amid the easily identifiable NBA professionals talking on their phones and taking notes in their team-issued polo shirts, the man and his son are recognizable only for their utter banality: The boy is decked out in Boston green and white, glued to his team at the edge of his seat, while his father tries to strike up a conversation with a man sitting beside him.

The pair’s presence seems so out of place that it catches the attention of an usher, who approaches the dad and asks to see his team credentials. The father doesn’t seem surprised. He calmly lifts the plastic tag at the end of his lanyard to show the usher: “Brad Stevens. Boston Celtics.”

It’s hard to imagine Doc Rivers or Phil Jackson or even Golden State’s Steve Kerr getting carded at an NBA venue—and certainly not without a flash of annoyance or fluster of indignity. But Stevens takes it as a matter of course. Not getting recognized happens to him almost every day, and not just on the road. It happens when he’s boarding a plane at Logan, out with his family near their home in Wellesley, even grabbing a bite around the Garden smack in the middle of Celts-crazy Boston. Rare is the day that passes without the slender, 6-foot-1 coach going unrecognized. “I don’t think I’m overly recognizable,” he’ll say, running his hand over his clean-shaven cheekbones.

This could be a problem. If the ushers don’t recognize your head coach—the man team president of basketball operations Danny Ainge has handpicked to whittle a band of young unknowns into NBA playoff contenders—then it’s a good bet he’s not famous enough to put on the cover of the media guide. And if not Brad Stevens, then who?

It’s not just Stevens’s face that blends into the scenery. His whole approach to coaching is based on deflecting attention. He hardly ever yells at his players, doesn’t stomp and carry on from the sideline. The only time he talks about himself is when he’s assuming blame for the mistakes and subpar play of his crew of misfits. It’s precisely the meek and humble demeanor you’d expect of a former Division III point guard and coach from a tiny private college in Indiana dropped into a locker room of NBA-size egos. “In college, you’re coaching young men who haven’t accomplished anything, and they have to adapt to you, mostly,” says Stevens’s friend Mike Krzyzewski, the iconic Coach K who has won five NCAA championships at Duke, and guided two pro-stocked U.S. national teams to Olympic gold. “Professional athletes are men—that’s what they do. If you’re smart, you’ll adapt to them.”

So far, Stevens’s adaptation has yielded a combined 99 regular-season losses in two years. To be sure, this Celtics team is a rebuild. Everybody understands this. And everyone acknowledges that in the midst of the carnage, Stevens has been able to carve out a few symbolic victories. Last year, he engineered a late-season hot streak—overcoming a flurry of personnel shifts, including Rondo’s departure, by deploying his tireless preparation and vast basketball IQ—and led the Celtics on a spirited 20–11 run to sneak into the Eastern Conference playoffs. It was impressive, but only to a point. If there was any faint hope that Stevens’s shoddy Celtics could compete with playoff-caliber NBA talent, it was wiped out when LeBron James and the actual stars of the Cleveland Cavaliers dispensed with Boston in four straight games and sent them home.

As Stevens leans back into his seat in Vegas, he’s looking at a bench of players who cannot win it all. If Boston is ever going to regain a legitimate place at the playoff-season party, it’s going to need superstars—and a coach who can command and control them. Young players eager to make their mark on the league, at bargain-basement prices? Mid-level talent looking to impress a true contender and jockey for a trade? These are the guys who will play their hearts out for Brad Stevens—which makes Ainge a genius and Stevens the perfect man for the moment. But what’s the long-term play? Teams tend to take on the personalities of their leaders. Phil Jackson was the mystic Zen master. Pat Riley was the firebrand; Gregg Popovich, the grizzled yeoman. Can Stevens’s everyman routine provide the energy it’s going to take to win banner number 18? Or is he just a stunt driver, taking the bumps and keeping the seat warm while Ainge pieces together a championship machine—and then hires a bigger name to drive it across the finish line?

Talk to Stevens now, and you’ll hear platitudes about selflessness and team play. It wasn’t always that way. In his childhood imagination, Stevens was the one with the ball as the game clock expired at Assembly Hall, home of coach Bob Knight’s Indiana University Hoosiers. In the floodlights of his parents’ suburban Indiana driveway, he’d coordinate daylong pickup games with neighborhood kids. In the unfinished part of his parents’ basement, the only child dribbled around chairs while watching worn-out videos of IU games. He wasn’t dreaming of exerting his egoless mentorship from the sideline. The young Brad Stevens had his heart set on basketball stardom.

Read the rest at Boston magazine